Hi! Thanks for stopping by...

Apparently I haven't been on here since January! Yikes!
Life is busy. That's all I have to say.
You all know that! Your lives are busy too!
I will see if I can condense our year into a few short sentences. Probably not!
McGyver's oldest brother, Ricketty, had been struck with rheumatoid arthritis since he was 8 years old. Ricketty had a rough 2012... lots of new pain, new types of pain, etc. In January, he started having respiratory problems and was in and out of the hospital. McGyver had been his ft caretaker. In February, he was in and out a few times. He had a harder time breathing and the pain was getting worse. Long story short, he passed away, surrounded by family, on Feb, 25th. We had the Memorial Service the next week.  It was very hard on my kids. During his service, McGyver read letters written by our 2 oldest, Sailor Boy and Missions Boy, who could not make it back for the service. Guitar Boy came forward (before the letter reading) and spoke a few minutes about his uncle. It was at that time I realized that he, Guitar Boy, had lost his best friend. My husband had lost his best friend. My boys' had all lost their best friend.
Uncle Rick was always there... would let them get away with most anything... and would purchase particular items that we just would not... just so our kids could use them.
He took care of his family and his friends.
March brought Chicklet's birthday and an attempt to find the new 'normal' in our lives. We still have Grandma - who Uncle Rick lived with - to take care of. She is going to be 86 and this was the first time in her life she had lived alone.
April brough Missions Boy home from Cambodia!  His trip and work were amazing. He did several medical outreaches, even performing minor surgeries! Soooo proud of him. In May, he moved in with Grandma. He started working full-time and is taking Bible classes.
May brought a big change!  Guitar Boy and Survivor Boy left for BoyScout camp in Arizona... 9 weeks and 5 weeks respectively! Wow... talk about quiet!
Sailor Boy came home a few days later for a spur of the moment visit!
June took Sailor Boy to Hawaii for his sub cruise and snorkeling. Rough!
The end of June brought Survivor Boy home.
July was rough on me. The heat, my hip, the heat, my hip, etc. It made me another year older, as I spent my bday in the E.R. for my hip. No fun. Guitar Boy came home a few days before my bday and we could celebrate his bday here at home!
August ... we finally made it out of town to Colorado. Took us 24 hrs and a auto breakdown, but we made it! Had a nice, quick visit - just enough to score some produce from all the neighbors
gardens. :)
It also brough school. We had a pretty sad semester in the spring... not much schoolwork was completed, except for Guitar Boy.
We are back in the  groove, relatively. Our homeschool group started a co-op and I am teaching Latin, Shakespeare, and upper-level science. YIKES! We had our first day last Wednesday and it was great!
The kids are being challenged with some of the classes there!  I love it!
See - couldn't do it in a few sentences, let alone a few paragraphs!
There's so much more I missed, trips to Colorado and Philadelphia.... a family trip to the beach in August when... for the first time in 569 days, ALL my babies were home!
It was beautiful!﻿
Posted by Carol at 2:58 PM No comments: Links to this post

We've had some big changes here at our home school!

Guitar boy has started an online virtual academy. He is a junior and needed to be challenged more.
We're 10 days into it and he is enjoying it so far.  He is doing well.  I'm enjoying the accountability.

Survivor boy and Chicklet are doing great. We're moving along in our studies...
Truthquest History is amazing.  We really appreciate the spines that they recommend by Charles Coffin.  Very meaty and thought-provoking books.

A fun group!
Posted by Carol at 8:57 AM No comments: Links to this post

Labels: homeschooling in the desert

Another Year, Another Challenge...

My readers (all two of you, lol) might remember I posted a few times last year on my Project 52 for photography.  I had joined up with the My Four Hens Photography Challenge, better know as M4H 52.
I was honored to have 5 or 6 of my pictures chosen for Eye Candy this last year.
Sarah Cornish at M4H has started another challenge for 2013.
Week 1 was Time... 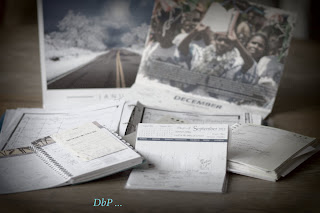 Week 2's theme was Pieces of Me 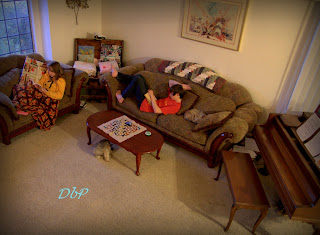 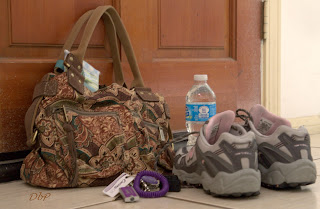 Maybe this is still on my Resolutions list...
out to the gym, 5 days a week, rain or shine.

Well, this is a toss-up. I knew immediately what I wanted to do. I wanted to hang all my pretty sea-foam green and aqua shirts on my clothes line, and have them blowing gently in the breeze.
Ok... that line is in Colorado and I am not. Right now, anyway. So... I hang my shirts up to dry in the kids bathroom. So that's where I got my shot... 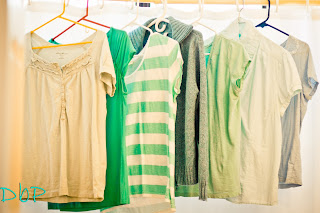 Remember I said this was a toss-up?
Because not only does the color sea-foam and/or turquoise speak to my soul, so do this next group of colors. 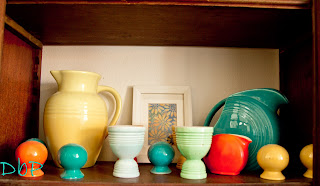 I love these colors. So vivid, so refreshing, so energetic!

Labels: photography in the desert

I just realized how long it's been since I posted!
No bueno!
We've been busy, that's all I can say. That's pretty much how we roll around here, lol.
So... Thanksgiving was wonderful... we had dinner here with Grandma & Uncle Rick.
Missions boy called during dinner, to make it extra special.
Sailor boy was hiking in northwest Pennsylvania that long weekend.
We spent Christmas day sledding on Mt. Charleston and had a blast. Sailor boy flew home the 26th at night and we opened our presents after midnight on the 27th, lol! Never done that before ;)
We had a great visit with him, and were very sad to see him fly back to school on January 3rd. He has another hectic schedule this semester, plus many important decisions to make in the next few days, weeks, and months.
Missions boy is doing well in Cambodia.  There is a team from our church over there right now, lucky ducks! Wish I could have gone, it was expensive! He will be back on US soil on April 1st!  Then home a few weeks after that. I cannot wait to get my hands on that boy and hug him like crazy.
Homeschool is going well. There has been a few changes here and there, and more coming up. BUT... all is going well!
﻿
Posted by Carol at 2:57 PM 3 comments: Links to this post

I am part of a Flickr Group that is participating in a 52 week photography challenge.
I have thoroughly enjoyed this challenge, I feel like my skills as a photographer have definitely grown.  I love to ponder the weekly theme, then visualize the shot, then make it happen.
I really like when it all turns out. Makes me feel kinda grown up, lol.
Anyway... I have been featured as Eye Candy 2 of the last 3 weeks, WOOHOO!
Check it out!
http://myfourhensphotography.com/photographers/
ID is Mom212345
You can also check out my Flickr Page for this group...
http://www.flickr.com/photos/30415084@N08/
All photos are copywrited by Desertbloom Photography﻿
Posted by Carol at 6:10 PM 2 comments: Links to this post

What a week it's been!
First, the election.
I know God's in control and this is all part of His great plan.
It still saddens me to see our country in such a moral decline.
Then... the car caught on fire while McGyver was out of town.
It was an electrical issue and fortunately I was able to keep calm and take care of most of the problem, still called 911 though.
Made pumpkin muffins to thank the firemen/women.
McGyver came home immediately after hearing about the car. He was in Colorado working on the Little Blue House. He got home Thursday morning, around 3am.
Friday morning, we woke up and he offered to go get coffee.
He came running back upstairs and said
"we've got a puppy!"
Huh?
So I threw on my bathrobe & came down to find Miss Ruby giving birth to #2. Then #3. Then #4. Poor little doggie! Then #5!
3 boys and 2 girls.
So sweet! 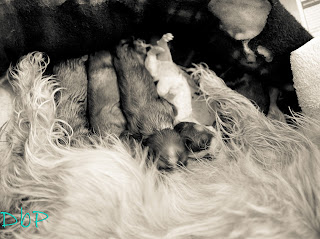 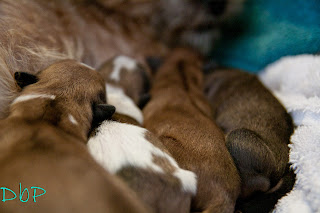 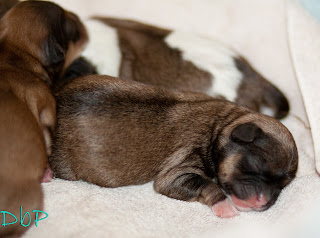 Friday, our Ely friends came to visit and spend the night.
The 2 older girls were fighting for the State Championship (soccer) here in the desert.
It was our first cold night of the season, and it wasn't only cold, but windy too.
Brrrr! 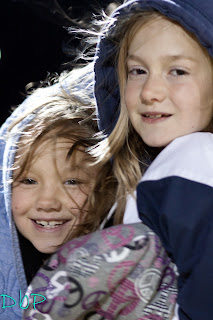 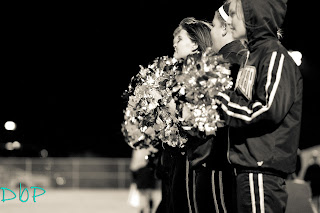 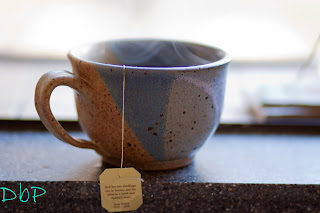 This is my middle child.
He is such a treat!
He plays guitar - classical, electric, and acoustic. He plays clarinet. He writes very tiny and with very little pressure on the pencil. His artwork is very detailed. His room is a mess. He likes coffee. He is going to be an engineer. He was a preemie. He is going to be very tall. He is getting very handsome. Very, very handsome.
And he is a Momma's boy! 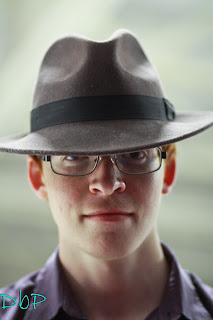 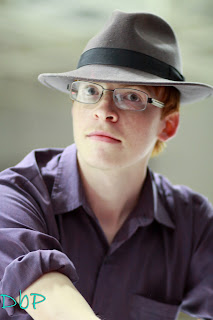 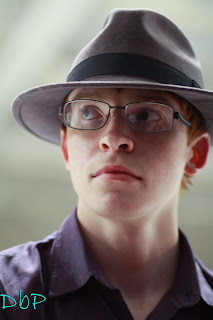 ﻿
Posted by Carol at 7:42 PM No comments: Links to this post